Are you traveling to Spain? Do you like Picasso’s work art? Discover Pablo Picasso in Spain with Creative Travel. Malaga, Barcelona and Madrid are the key cities to visit the best Picasso’s paintings.

Let’s start in Malaga, where the Spanish painter was born in 1881. Pablo spent the first ten years of his life there. The family was far from rich, and when two other children were born -Dolorès (“Lola”) in 1884 and Concepción (“Conchita”) in 1887- it was often difficult to make ends meet. When Don José, Picasso’s father, was offered a better-paid job, he accepted it immediately, and the Picassos moved to the provincial capital of La Coruna, where they lived for the next four years. 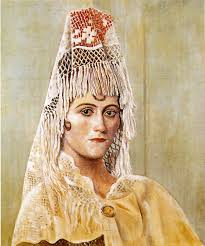 Although the famous painter didn’t spend many years in Malaga, the Museo Picasso Malaga, based in this city is one of the most visited. A total of 406,465 people visited the museum last year. In its 10th Anniversary year, MPM is once again the most visited institution in Andalusia. The museum broke its own record for visitors coming to the various options on offer -the permanent collection, temporary exhibitions, cultural activities, etc.-. After living in La Coruna, in 1895 Don José got a professorship at “La Lonja”, the School of Fine Arts in Barcelona, and the family settled there. Pablo passed the entrance examination in an advanced course in classical art and still life at the same school. He was better than senior students doing their final exam projects. The Museo Picasso Barcelona is a key reference for understanding the formative years of Pablo Ruiz Picasso. This museum was opened in 1963 and reveals Picasso’s deep relationship with Barcelona: an intimate, solid relationship that was shaped in his adolescence and youth, and continued until his death.

To end, if you travel to Spain and land in Madrid. The Museo Reina Sofia is a must visit. Here you can appreciate the well known painting over the world, ‘Guernica’. There is an interesting project about this painting in the museum, whose aim is to perform the most exhaustive study to date on the state of conservation of Picasso’s Guernica. This painting is an iconic piece in the Museum’s collection and it warrants every possible conservation effort by the Museum.