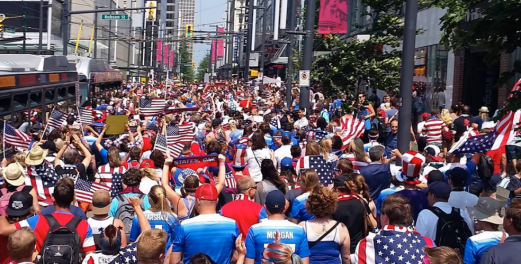 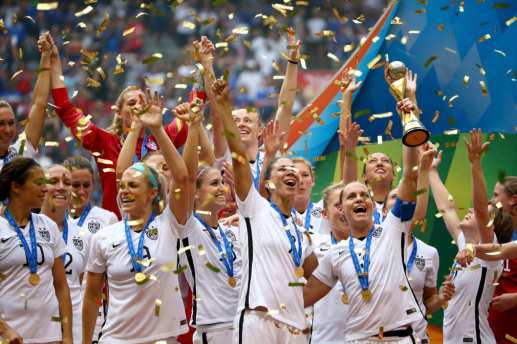 Inside BC Place Stadium

Stars and Stripes forever on Robson Street in Vancouver, British Columbia?  It was the Day following the 4th of July, the day of the FIFA Women World Cup Final between Team USA and Japan.  The Stadium has a seating capacity of over 54,000, it was estimated that over 45,000 attending were from the United States of America.  For 10 city blocks, the flag waving All Americans chanting “USA, USA” marched down Robson Street into BC Place Stadium where the Match was to be held.  The result was a resounding 5-2 Team USA over Japan and the celebration begun.  That was also a very memorable day for us at Creative Travel.  It was over 32 years ago just after the “Miracle on Ice”  when we moved our office from Washington DC to Vancouver.  That day, looking out from our Robson Street Window, the sights, the sound, the Stars and Stripes, the chanting of “USA, USA”, brought back very pleasant memories of those wonderful days at our old office on 18th and M.  Simply Magical.

We Are Spain In The Americas